Home / The blog / Briefly about the car rental company Alamo.

Alamo is an American rental organization that specializes in renting cars for foreigners. The main branch of the company is located in the city of Clayton. Along with two other popular vehicle rental companies, Alamo is part of Enterprise.

Now the Alamo has representative offices almost everywhere. The company operates in the United States, Africa, Asia, Australia, Europe and so on. The organization also has an office in Moscow, but does not offer car rental in the Russian Federation and other CIS countries.

The Alamo company began operating back in 1974 in the state of Florida. It became popular after the introduction of an innovative unlimited mileage option. It was very profitable for customers, so they began to use the services of Alamo.

In 2002, the organization became the official distributor of Walt Disney World Resort and Disneyland Resort. In 2005, the company began to use the online car delivery system, and a little later, in 2007, it was awarded the "Extra Mile Award"for its self-service kiosks at the Alamo. In the same year, the organization was acquired by the Enterprise holding.

Not everyone will be able to rent a car abroad, and all because there are certain conditions. They may differ in different countries, but not much. List of general rules:

* The minimum age of the client. In Europe, a vehicle can be rented by persons who have reached the age of 21, sometimes cars are provided only to those who have already turned 23. The minimum age in other countries is less than 18 years.

• Experience. At a minimum, a person must drive a car for at least two years. Sometimes an experience of 1 year or more is allowed. You can't get a premium class model if you have less than 3 years of experience.

• Driver's license. National rights are accepted in almost all countries, but sometimes they ask for an IDP.

* Credit card. A credit card for renting an iron horse must be issued in the name of the client. Sometimes debit cards are not accepted. 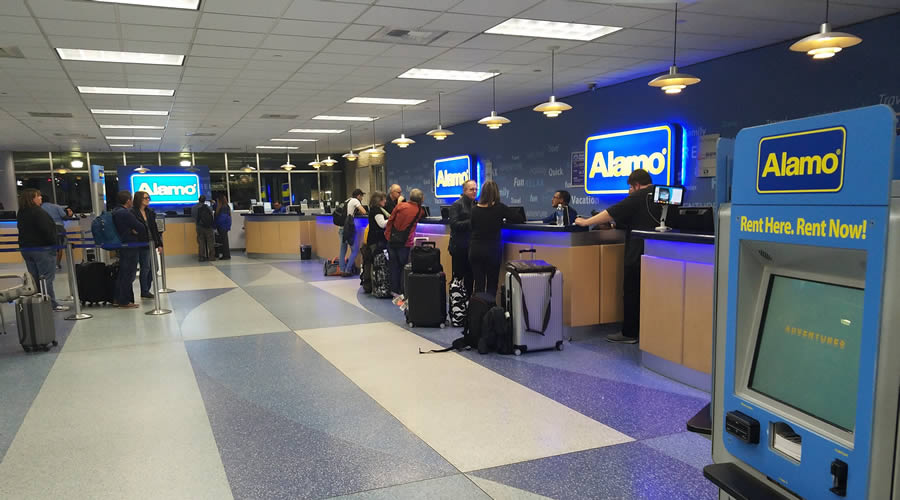 1. You need to rent a car from well-known companies if you want to get guarantees. If you want to save money, take a vehicle from intermediaries.

2. Before renting, fully inspect the selected model from the outside and inside. Mark all the damages in the report.

3. The deposit should be blocked on a credit card.

4. Return the car on time, otherwise you will have to pay extra for the delay.

5. Always check the rental price on the company's national websites.

If you remember all the above rules, it will not be difficult for you to deal with the rest of the issues related to renting vehicles. 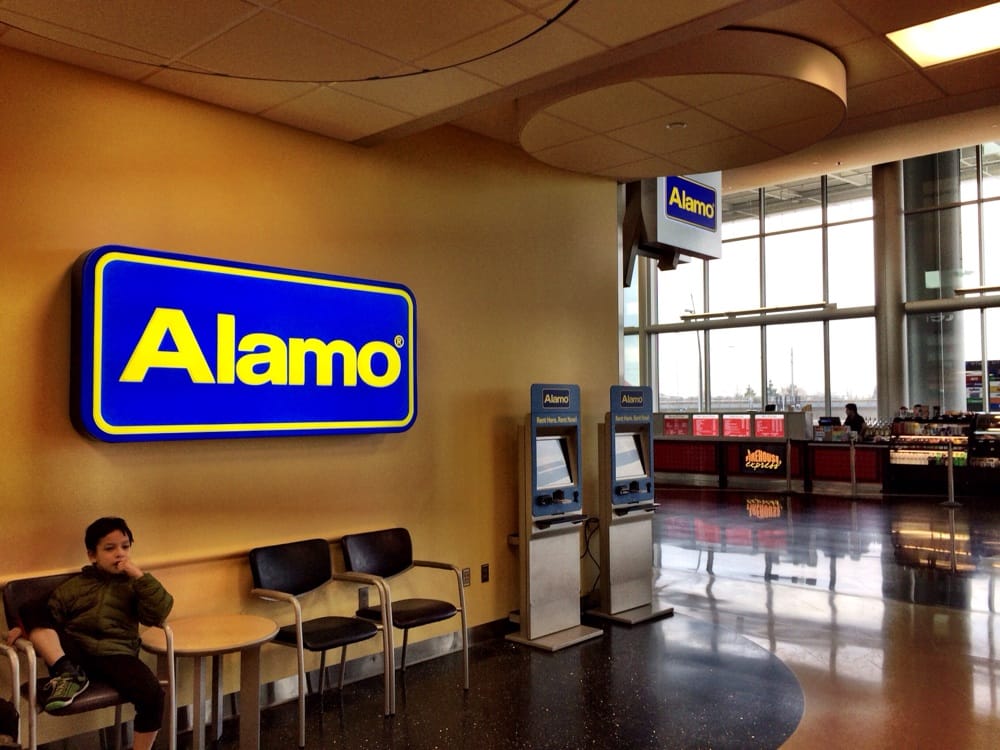 Countries where the company's services are offered

Alamo tries to provide its services in all corners of the world. Now the organization offers car rental services in more than 1000 branches in 42 countries on all continents. You can easily use the company's services in Spain, Italy, Germany, Portugal, France, Greece, Turkey, Bulgaria, the USA, Canada and so on.

Alamo car rental stations can be found on the official resource in the locations tab. The search form for pick-up points offers to first select a country from a pop-up list, and then displays all the rental points available in this territory.

The car order form is available starting from the base page of the site. After entering important information (the place of delivery/return of the car, date and age), you will need to choose a transport. For each model, basic information about the number of passengers, the capacity of the luggage compartment, the type of transmission is offered, as well as the rental price is allocated. After choosing a car, you can immediately order additional functions such as: a child's chair, a navigator, roadside assistance and much more. All this costs a mere penny, so customers often make orders.

A little bit about the fleet

All vehicles in the fleet are freely available. You can choose any car of your class. There are such models as Toyota Camry, Nissan Altima, Ford Fusion and so on. The car keys are inside. You can sit down, start the iron horse and test it in action. The fleet is quite large, so everyone will be able to find something comfortable and inexpensive for themselves.

Alamo is a proven company that is simply created for tourists, so it has practically no serious competitors in the market. If you like to travel, be sure to pay attention to this organization.