Главная / The blog / 5 automobile capitals that all car lovers should learn about.

5 automobile capitals that all car lovers should learn about.

Fans of travel and cars often include visits to thematic museums in the travel program. We offer a selection of automobile capitals where there is something to see.

The first place in the top was obtained by this city not by chance. After all, despite the fact that the earliest sketches of car designs were still in the time of Leonardo da Vinci, the Germans are considered the founders of mechanical engineering, especially if modern industry is taken into account. The names of the founders are Karl Benz and Gottfried Daimler. The invention of the first self-moving vehicles with gasoline engines belongs to them. It is worth considering that they patented the find not jointly, but independently of each other, in 1886.

At that time, the invention was treated rather skeptically, no one understood how important it would still be in the future. After all, you must agree, cars dramatically make our lives easier. Karl Benz's wife, Bertha, managed to change public opinion a little and promote the idea to the masses. It happened when she and her sons went on the world's first trip on such a transport. They managed to overcome as much as forty-five kilometers, surprisingly. After that, it became clear to everyone that cars are the future.

To date, the headquarters of the largest enterprises engaged in the production of cars are located in this city. Cars of the brands "Porche" and "Mercedes-Benz" are manufactured.

For history lovers, there are also museums dedicated to the aforementioned cars. The first of which is slightly smaller in size, but not inferior in terms of visits. And the second one - the Mercedes-Benz Museum - is currently the largest in the world. A paradise for lovers of the most interesting history of the German automotive industry. 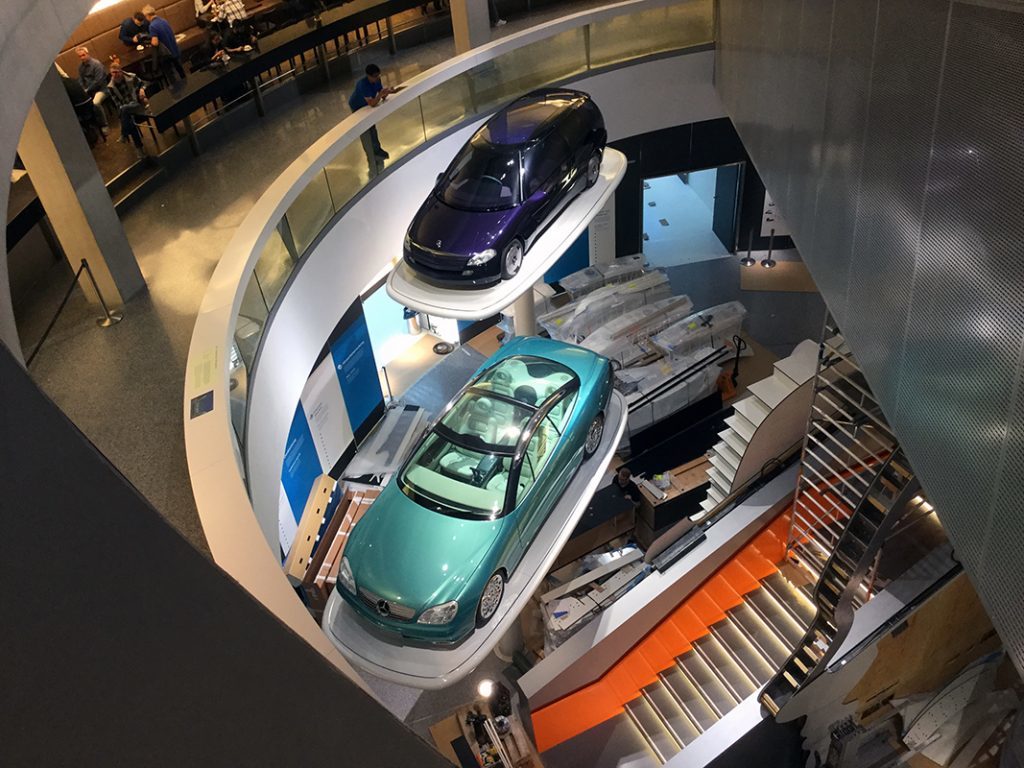 Undoubtedly, the second place in the top will be taken by this city, which is the automotive capital of all America. After all, even taking into account the economic difficulties that arose here during the crisis, no other city will be able to resist Deuterite in this regard.

The prosperity of the automotive industry here began in the 1950s. At that time, the war was already over and forgotten, the economy and various industries were gradually recovering, men were finally able to work for the benefit of the family at work, and not on the battlefield. All this has led to the promotion of a large number of programs for the manufacture of cars available to everyone.

In Detroit in those years, however, as now, there were the largest factories for the production of cars in the United States. That led to the prosperity and growth of the city, the formation of its economic stability.

In addition, marketing played a role. There were such enterprising entrepreneurs who forced the public to believe in the installation, which stated that every real US citizen must have his own car. This led to the fact that public means of transportation almost disappeared from the streets, because it was considered a low level of prestige.

However, the period of maximum development did not last long. Already in 1973, there was an oil crisis, which hit the state economy hard enough and led to a sharp decline in automobile production, many factories were closed, and manufacturers became bankrupt. The situation was aggravated by the relocation of the black population to the center of Detroit, at that time it led to the relocation of many representatives of the middle class from this part of the city.

To date, the situation has completely normalized, the headquarters of successful automakers in Detroit have a place to be. The "big Three" of this automotive capital are General Motors, Chrysler and Ford. Also, for everyone, the International North American Auto Show is held here in mid-January.

And for lovers of historical facts, there is the Henry Ford Museum, located in the suburb of Dearborn. It contains a collection started by Ford himself already in 1906, very fascinating. And also, a car from 1961, in which John F. Kennedy, the president, was assassinated in Dallas, is on display. The third place in the top, but not in importance, we will give it to this city.

For many, Munich is known for the production of beer, but the city can boast of significant successes in the automotive industry.

Nowadays, here you can find the headquarters of popular companies such as Audi and BMW, Well, where without museums. The BMW Museum will attract anyone, even a person who does not have a driver's license. There you will find a lot of interesting facts from the history of cars, the latest discoveries from the world of science and technology, as well as modern models that have just been removed from the assembly line. 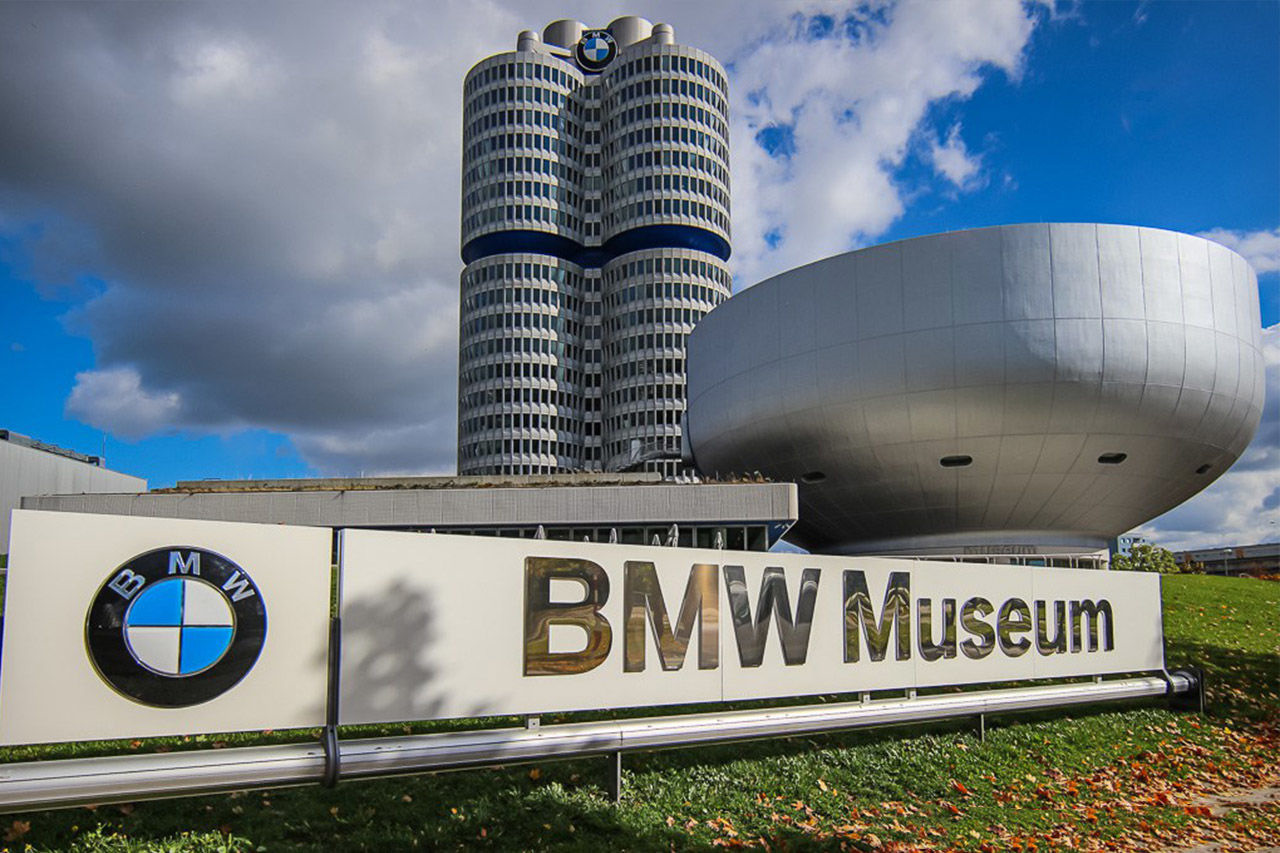 We will leave the fourth place to Turin, an Italian city whose economy exists at the expense of Fiat cars. This company appeared in 1899, its founder is a group of investors, including the well-known Giovanni Agneli, at that time only a former military man. Who soon became the manager of mass car production. The skills acquired in the war came in handy here, because there is nowhere without a love of order and discipline.

Agneli became interested in cars after visiting Ford factories in the USA, the Italian, seeing the conveyor assemblies located there, decided to establish the same order at the factories in Italy. Also, the idea of the division of labor was borrowed from there, it was a novelty for Europe.

Frequent reproaches towards FIAT do not stop its development. It was to this brand that the international award "European Car of the Year" was given twelve times. Fiat may be inferior to some competitors, but today they own both Maserati and Alfa Romeo, which establishes a fairly strong position of the company.

And there was a museum in this city. The Turin Car Museum will not leave anyone indifferent. It is this city that takes the fifth place in the top. Often companies are named after their location or discoverers, but in this case, the opposite happened. After the opening of the headquarters and about twelve factories for the production of cars in the town of Japan, it was decided to rename it. Thus, it became the automobile capital, which previously had a name - Koromo.

However, the history of the development of Koromo did not begin with the automotive industry, the first results of production were automated looms.

But already in 1929, Kiichiro Toyoda, after visiting the USA and Europe, made a huge contribution to this industry. The story is very similar to the founding of the Fiat company. While traveling and seeing the foreign car industry, Toyoda applied his accumulated experience in manufacturing at home.

However, everything did not go smoothly right away. The war suspended success, and production switched to the production of trucks.

But nowadays, the Japanese have achieved unprecedented success in the development of passenger cars. All because of their inherent diligence. After all, since 1997, the company was one of the first to take a risk and started producing hybrid cars. 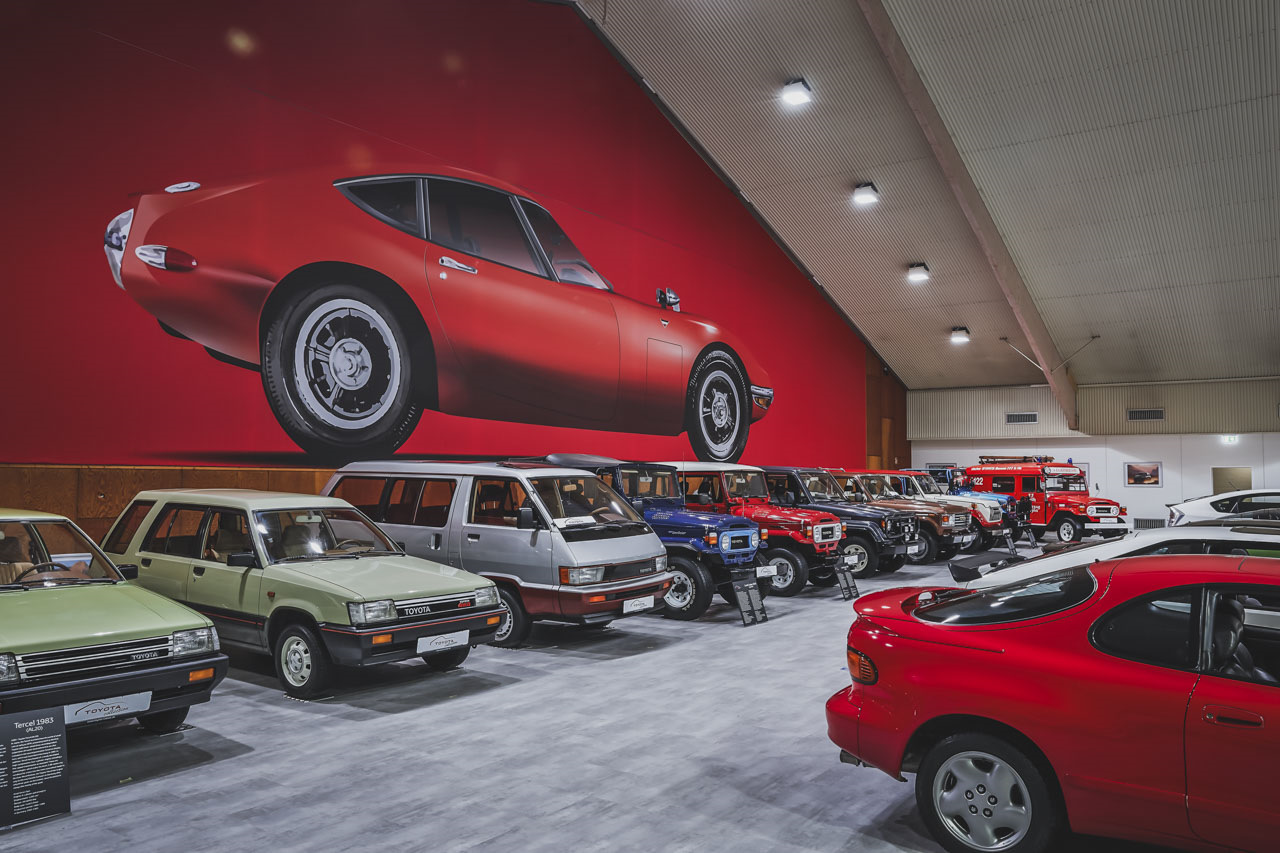 Like other major car companies, Toyota has its own museum. However, it is located in the city of Nagoya. The museum contains not only cars belonging to this company, but also old copies of many other manufacturers.